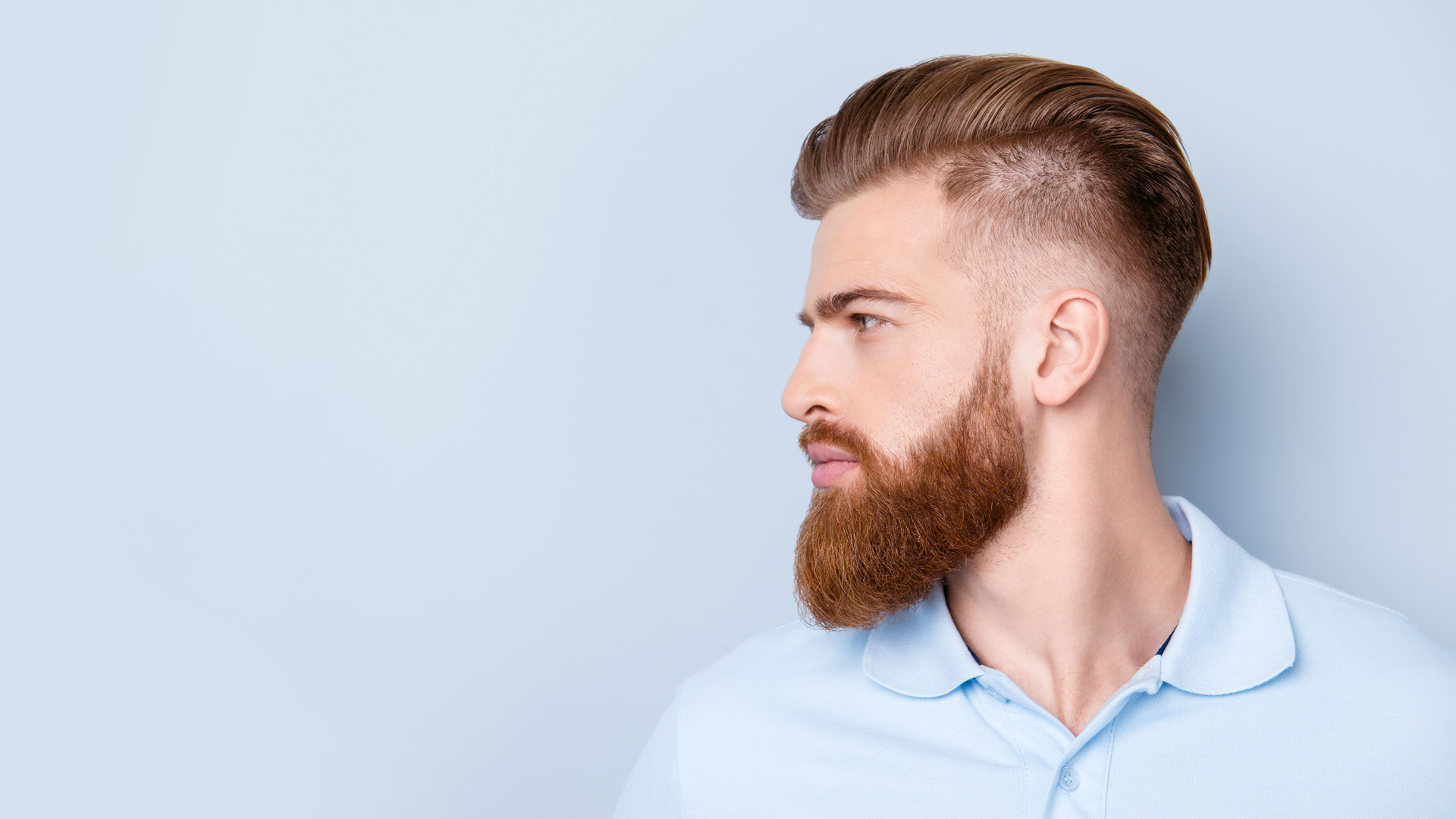 The Yankee Clipper Barber Shop is the number one men's hair salon and barbershop in the Chandler, AZ area.

No matter what look you desire, our family barber shop can shape your hair and beard exactly the way you like it.

Our friendly staff works hard to make your experience relaxing and to build your confidence through a great haircut. 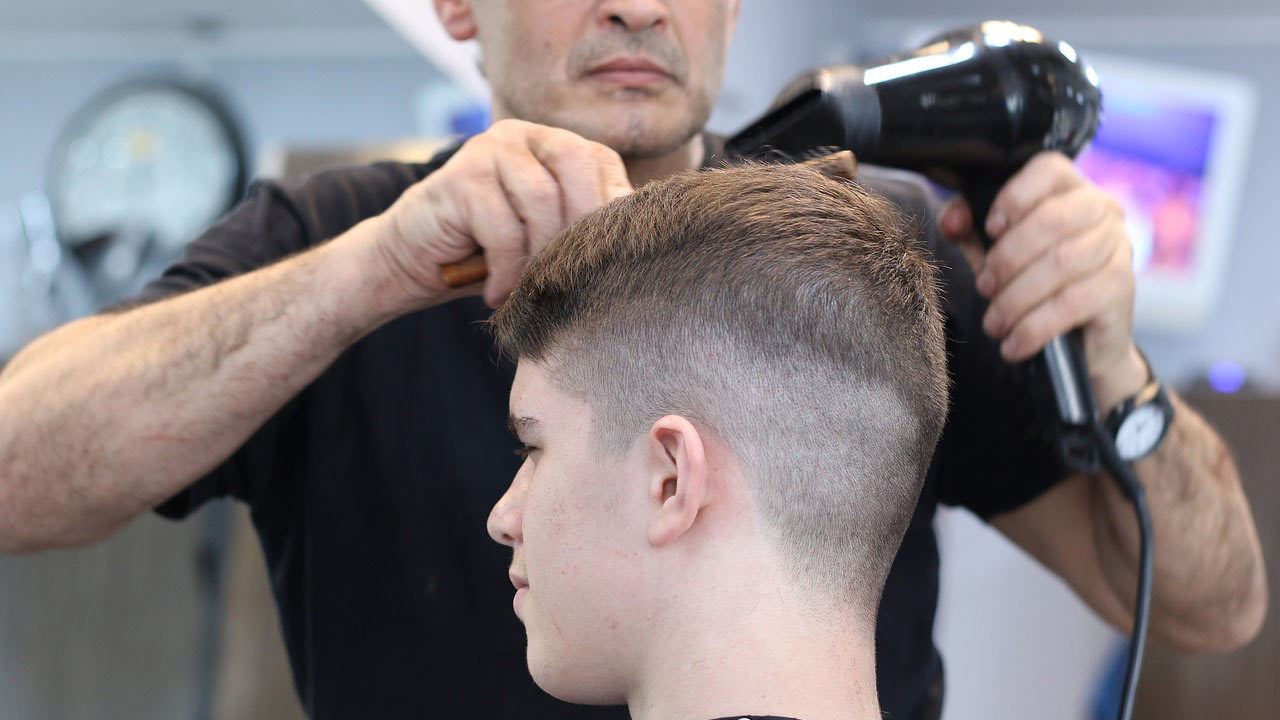 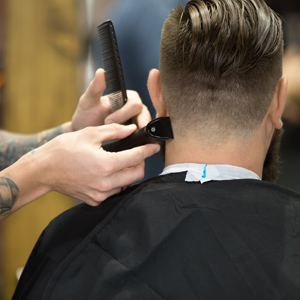 Our staff is full of experts on men's haircuts. No matter what kind of look you want, we can give it to you. 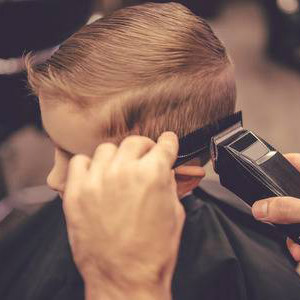 Even the youngest members of our family should be able to have a great haircut! We offer children's haircuts that are age-appropriate but as cool and stylish as anything on an adult. 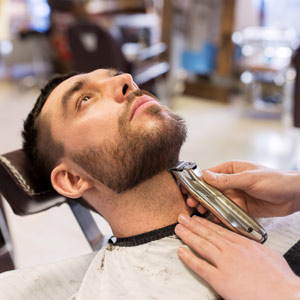 Whether your beard needs a trim or you want to shave it off completely, come by and we'll take care of it. Our barbers clean up your face without leaving a single mark or cut. 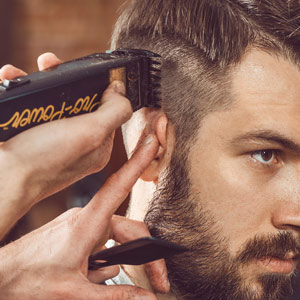 If you're looking for a perfect fade cut in the Chandler, AZ area, look no further. We know how to create great men's fades that will make sure you have good hair days all month long. 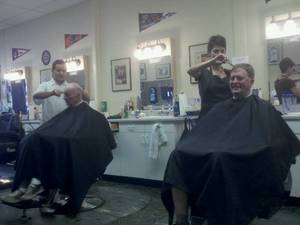 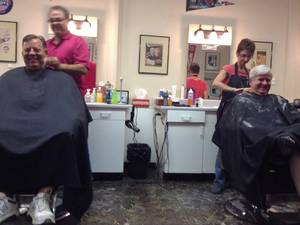 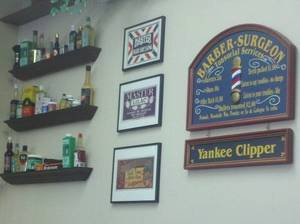 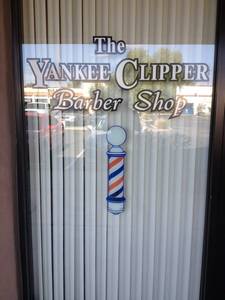 Larry has retired but Judy has purchased the business and picked up the original owner to work there as well......Great place that serves an older clientele (typically).

Been going here 15 years . Wouldn't go anywhere else. Judy is Great and always does a perfect haircut.

I go here to get my hair cut because it's nearby, it's cheap, they do a good job, and everyone is friendly. They only do walk-ins, so make sure to grab a number when you get there. Sometimes the wait can get bad, like during Saturday afternoons, but normally I can get in and have someone cutting my hair within 15 minutes or so.

For $13 you'll get a haircut and they'll shave the back of your neck with a straight razor. Just make sure to bring cash - they don't take credit cards.

Folks are nice and they do a good job. You can't beat the straight razor on the back for the money too. Worth the wait if they're a little busy.

I've been going to this same shop for about 6 yrs and they always do a great job. Have tried others but always seem to end up back here. Very friendly barbers no matter which one you get. As at any place the cuts can very a little but they are always good.
PS: Make sure to give Larry and Sandy hard time :-)
Joe S. Chandler AZ

I have thick hair and like a flattop, so when I went in for the first time (over 8 years ago) I asked the 3 guys who was best at the flattops? They all looked at each other and said "Judy". I then asked, "Ok, which one of you is Judy?!?!?" Well it turned out that Judy is the only Female barber there and she does a TREMENDOUS job with my hair! She is the only one I go to. Matter of fact, I am on my way there in an hour, when they open! Everyone if friendly and the place just has a comfortable feel to it. This is not some Foo-Foo "SALON"! It is a straight-forward barber shop. The only thing that could make it better is if they served beer during the wait! Oh well, can't have everything! Keep up the great work.

Judy does a great job. I always wait for her and love the result. Hot shaving cream with straight razor on sideburns and neck, nothing better. I' will continue to go see Judy.

Dave and Judy are wonderful barbers who truly take pride in their work - and let me tell you, it certainly shows. They do an excellent job communicating with their customers, ensuring that each cut is perfect for each person. I have had both Dave and Judy cut my hair and they have both done an outstanding job talking me through what they're thinking before starting AND continuing to ask me questions all throughout the haircut. They place a lot of emphasis on getting you the perfect style.

Additionally, once they're finished cutting your hair, they use a straight razor to shave your neck, around the ears, and they will even trim your eyebrows. They really go all-out to make you look as fresh as possible.

Even though all of that sounds like it can't get any better, there's a kicker to all of this. Now I know what you're probably thinking right now: "C'mon Chad, you're pulling our chain... how can there possibly be a kicker to all of this?" Well let me tell you. The kicker is that this all-inclusive service that Dave and Judy provide only will set you back $15. Fifteen dollars. Where else can you get a better deal? My answer is 'not many places' which is why I'll undoubtedly be returning here for my next haircut in a short, few weeks.

This place is awesome! Larry and Judy are great people. Have had some great conversations with both of them. You have that kind of classic feel while getting your hair cut and converaing away. They are both very skilled in what they do and it's always a good time going there. 15 bucks gets you the haircut and straight shave around the back of the neck, behind your ears and your sideburns.

I can't say enough good things about The Yankee Clipper.
It's absolutely everything you want in a good barber shop. The shop is very clean, and orderly. It is well appointed and comfortable with cool old style barber chairs and classic seating for those waiting. The staff is friendly, knowledgeable, and a genuine pleasure to talk with as well.
The prices are great too! A cut including a hot lather straight razor trim on your sideburns and the back of the neck runs just $16. That's damned hard to beat.
One thing to remember is bring cash. No cards here, and that is alright with me.

If you're looking for a good classic barber shop... The sort of place where genuine men go. This is your place.
I know when I leave there my hair will be the way I want it, and done well. Done by folks that take pride in their work too, and that's something you can't always find.

I will be back again and again.

These barbers are great. They treat my elderly husband (and me) with kindness and respect. He has been getting his haircuts there for years.

I love this barbershop. I have been coming here pretty much my entire adult life (the last decade or so). Larry and Judy are both great, and I wouldn't trust anyone else with a haircut.

Do yourself a favor, stop going to Great clips, and actually get a proper hair cut. Plus neck shaves are pro.

I accepted the fact my hair is thin enough to have to gone! It's a big decision for a single Dad and I figured that it's time to ditch the Salon type haircutters and see an actual Barber. I went in and met Judith there to greet me, and explained my conundrum. After inquiring a couple of times for my approval, I confirmed her of my decision. She brought out the clippers and did a Masterful skin close trim, exactly as I had requested! I'm growing accustomed to my new look. It's a lot better. I've since met the owner, Larry, a jovial Midwestern transplant that's quite a character. I've only been to a few Barber shops in the past few years, but this one is definitely, my favorite! I can highly recommend the staff and this shop!

There are two barbers at this shop. The owner and Judy. Arriving at 9:00, I was warmly greeted by the owner. Even though they just opened, there was already a customer in the chair and three ahead of me.

After a few minutes, the owner called me up and said I was next. The other guys were waiting for Judy. When I explained to the owner that I wanted a short flat top, he said that Judy was the one that I wanted to see. Back to the waiting area. . . .

I watched Judy meticulously cut and style each guys hair. She wasn't in a hurry and took great care with cut and cleaning during each cut.

So, I ended up waiting a little over an hour for my turn but I understand why.

When it was my turn, I showed Judy a picture of the haircut that I was going for - a horseshoe flat top. She asked a few questions and went right to work.

Judy was great. Took her time to make sure it was exactly right and what I wanted. It was!

I have been going here for about 17 years and have always been extremely satisfied. It is great to go to a locally owned business and see the same people year after year. Larry and Judy are always friendly and in good humor and usually walk out with a good laugh. I highly recommend The Yankee Clipper.

Dialog will close after 10 sec.

Thank you for submitting your contact request! We will reach back out to you within 24 hours of receiving your request.

Select language to translate this page: